The New Björk album is out this Autumn 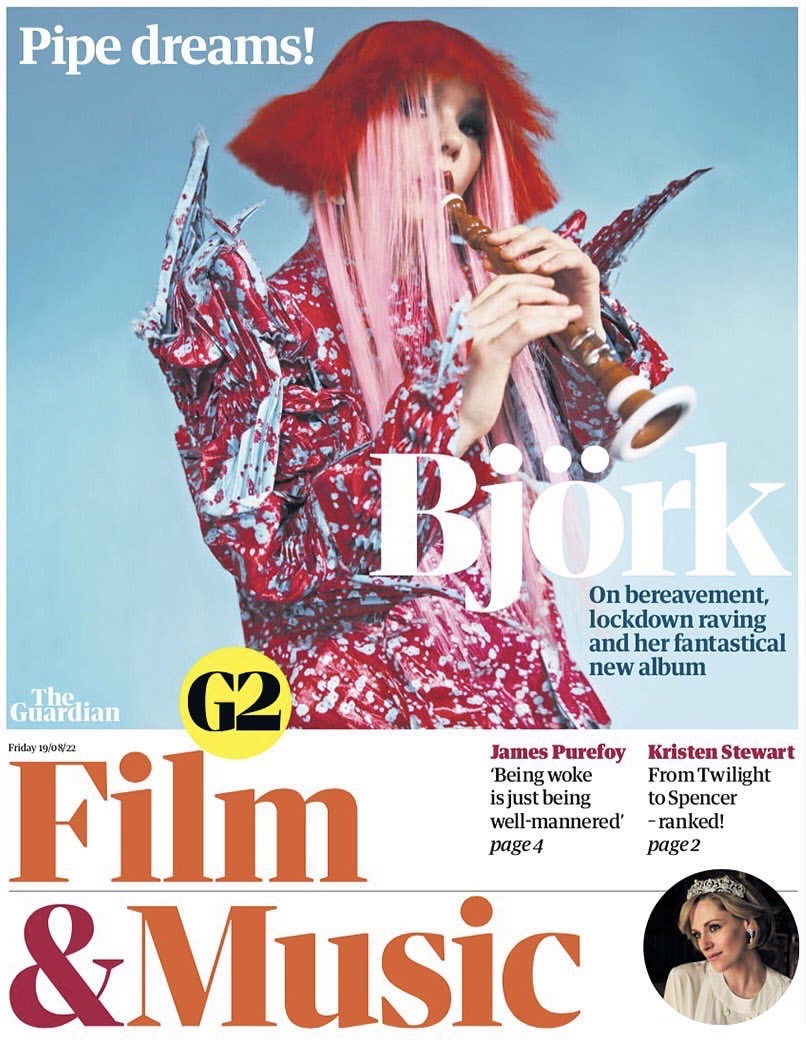 LP10 is set in stone for the Autumn! And it's titled "Fossora"!
I'll be re-spinning her discography until the release, can't contain my little fidgety self.

No pre-orders available yet but this may make my musical year. Oh my God, I can't wait! She has been a constant presence in my music collection and I just kind of forgot to keep an eye out for new music. Thank you!
Everything's a drum!
Top
Echelon
Mon Aug 22, 2022 11:31 pm

When I hear the samples, I'll consider purchasing it. As much as I love Bjork from Debut to Vespertine, I haven't liked anything after that.

That said, I love her and she's a national treasure (in Iceland XD)
Warning: This numerology post is not to be taken 2 seriously.
Top
Orbited insanitarium
Sat Sep 03, 2022 12:51 pm

I am absolutely loving the new look for this era, she looks like a woodland enchantress! Still little word of the lead single "Atopos" In the meanwhile though, the fresh discography exploring podcast will keep us fans salivating till September 30th.

And Fossora is out! I'll be thinking of picking up a copy tomorrow. Gizza your brainwaves/opinions on this.

I listened to it and I think I enjoyed it honestly more than I thought I would. I think the thing that keeps me from really getting into Bjork's discography is her tendency to have a more anti-rhythmic style if that makes any sense. I don't hold that as a mark against her though. She has a great singing voice/style and I appreciate her willingness to sound different with each release, The gabber influence was an unexpected, yet enjoyable, addition, and something about the whole thing felt "retro" in some way, but in a good way. It kinda reminded me of the stuff I'd hear when I was first introduced to the IDM/Electronica scene back in the mid 2000s as a point of reference.
In here is a tragedy, art thou player or audience?
Be as it may, the end doth remain:
all go on only toward death.
...
There is nothing which cannot become a puppet of fate
or an onlooker, peering into the cage.
Top
Echelon
Tue Oct 04, 2022 4:05 am

I'm giving it a try soon. Bjork was one of the key figures in the 90s art scene along with Radiohead and I figure if I liked the Smile and thought it was great, I might enjoy this one too!

My friends raving about this one comparing it to Frank Zappa's avantgarde orchestra stuff but with a prominent voice over it.

I've been on board the 2022 release train and I'm not going to jump off yet! All this great music paves way to BOC's resurgence, the way I see it!
Warning: This numerology post is not to be taken 2 seriously.
Top
Post a reply
8 posts • Page 1 of 1

Users browsing this forum: No registered users and 11 guests