Okay, I've seen quite a few BoC fakes over the years, but this is the first one that I've seen which crosses over into being actively malicious. Sure, with most of the others you could download a zip claiming to be Hooper Bay and find out that it's full of Múm, but you didn't really lose anything other than some time and joy. This takes it to a whole new level. Allow me to introduce to you all a site calling itself "Unknown Secret". I came across it while googling "Boards Of Canada Hooper Bay". I will be providing screenshots so that you don't have to waste your bandwidth on this. Anyways, this is the first thing I saw when going through google search results:

Spoilered due to large images:

If you're not already freaking out at this, there's more:

It's understandable that at this point any Boards fan's heart would be racing after seeing that despite their brain telling them to be skeptical. However, before I show you what happens when you actually click on any of these I'd like to draw some attention to their front page:

Again, spoilered due to large image:

Already this looks like something that Boards would get up to in their spare time, however that last paragraph seems more than a bit off for them. Possibly even more crazy is their terms of use: 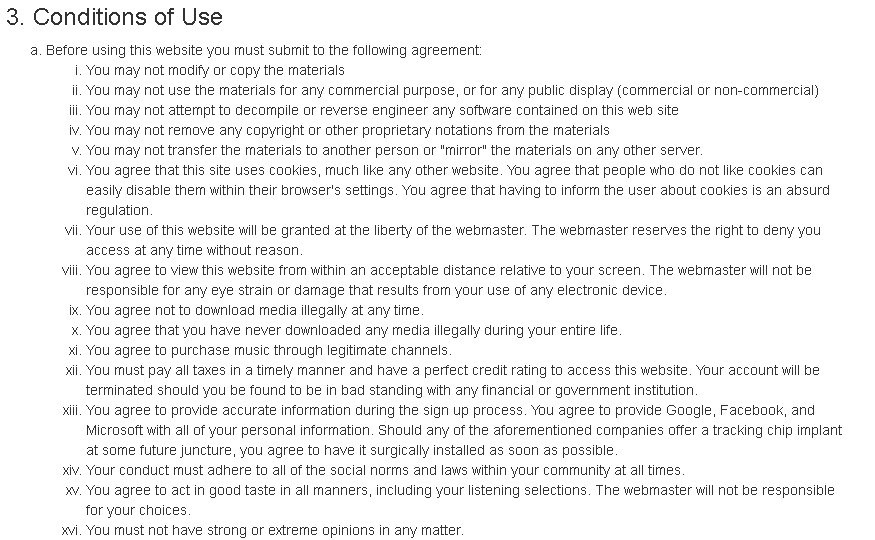 Now that we've crossed the line from BoC-like to straight up ridiculous, let's take a look at what happens when you attempt to actually download something:

Looks pretty spiffy, no? Well, things aren't always as they seem. A cursory look at the source code by anyone even moderately familiar with web design will show that this is not actually an Apache/2 server as claimed. It's a fake site meant to look like one. If this isn't already setting off any alarm bells, take a look at what happened when I attempted to download Seward Leaf:

(Ignore the LastPass bit, that's just part of a browser extension) Okay, I need an account. And what do they want me to do in order to set up an account?

Final spoiler due to large images:

At this point I bailed out because sites like this that try to get you to give them your personal details for a survey never actually have the promised goods. Anyways, I thought that you should all be aware of this scam's existence so that you don't end up getting your hopes up like I did, or even worse actually giving these people your personal details in the hope that you might be able to download the 5 pre-Twoism albums.
If The Campfire Headphase was a butterfly, would Acid Memories be the caterpillar?
Top
Mexicola
Sun Apr 12, 2015 4:33 pm

Thanks for the warning. Hopefully most people recall the old adage: If it looks too good to be true, it probably is. In this case, I'm not even sure it looks all that good! You're right to smell a rat I think

The hole goes deeper than I originally thought. A few searches revealed this other site that seems to be called "Wally Was His Name" or "Wally Files" depending on where you look:

Below that banner is another fake Apache directory listing:

This is looking strangely familiar... And yes, the exact same thing happens whenever you attempt to download any MP3s from this site where it tells you to log in and then wants you to do a survey to create an account. The only difference is that this time around every album has a fake sub-directory called "Passwords" that just redirects you to the sign up page again. Speaking of, apparently there's no encryption whatsoever on the login page so you're taking a pretty big risk putting any real info in there. Never mind how both of these bogus sites have no actual MP3s to download, just plenty of surveys that ask you to compromise details of your personal identity or download suspicious programs and potentially compromise the security of your computer. I'm sure Mike and Marcus would absolutely LOVE to know that their early EPs were being used for such a thing [/sarcasm].

By the way, there's still more. What happens if I try to force a directory that isn't listed? You'd think that there wouldn't be directories for Aphex Twin or DJ Shadow since they're not listed in the main "directory structure", but lo and behold:

From the looks of it, it seems they've copied the entire MusicBrainz database and are manipulating it with some clever HTML code for their own dubious purposes:

looks almost as if someone has copied the mb db as fake mp3 open dir listing http://wallywashis.name/mp3/

the thing is, by manually entering band information, you can "find" even the most little-known bands

Apparently there was once an interview with the con man behind these sites somewhere on the 'net, but I can't find any archived version of it and the only reference I can get is this comment left on a Blogspot article about it:

Bottom line, don't give assholes like these your personal information because they claim to have the holy grails of BoC's discography.

If The Campfire Headphase was a butterfly, would Acid Memories be the caterpillar?
Top
anecdote
Sun Apr 12, 2015 10:48 pm

IIRC the man in the picture from "Wally Files" is actually a meme on /mu/, people post links of .zips named after unreleased albums only to contain the same picture of that guy repeatedly.
Top
FernieCanto
Mon Apr 13, 2015 1:57 pm

I'm not sure whether to be creeped out or amazed by that.
My music: ferniecanto.com.br
YouTube: youtube.com/user/FernieCanto
Bandcamp: ferniecanto.bandcamp.com

Yeah I tried to use it when trying to find the ATP tracks, and I signed up just to get the scam page. It sucks.
It's true everything you do is a balloon, in the end we all go pop.
Top
fujee
Tue Apr 14, 2015 9:26 am

I will pass on these great offers cos I actually heard Hooper Bay down in Dorset one evening. Some bloke with a beard in some caves showed me his tapes, but then he insisted we burn it after listening

Sagan: In order to make an apple pie from scratch, you must first invent the universe.

Basinski: I wanted Cascade to become this crystalline organism like a star or a liquid crystal spaceship, a jellyfish traveling through the galaxy…
Top
Mexicola
Tue Apr 14, 2015 11:19 am

Shhh you fool! You know what happened to the last one that broke ranks.

'No-tongue Dave' says hello by the way. I say 'says', he just kinda whimpered really, waved his arms about. I did warn him. Silly lad..

I think the real reason why the old tapes haven't leaked is because everyone who has them knows that the brothers will break both their legs if they do. Here's a little excerpt from an interview where they talk about Chris Cunningham and his Telecom Italia advert:

He was just really excited to have new Boards of Canada tracks that no one else has heard, that's why he likes working with us. But we trust him. We know he wouldn't do anything else with it. He also knows we'd break both his legs if he did.

Maybe someone has tried to leak them in the past only for Mike and Marcus to appear out of nowhere and break a couple of limbs before they had the chance to press "upload".
If The Campfire Headphase was a butterfly, would Acid Memories be the caterpillar?
Top
Mexicola
Tue Apr 14, 2015 1:26 pm

What's the matter Twoism? Too REAL for you?!?

I hear the early albums come on non-flexible tape, and the main problem is finding a long enough room to play them in.
Top
Hal Interface
Tue Apr 14, 2015 5:37 pm

Thanks very much for the head's up.