Does mid-90s to early 2000s internet fascinate anyone else?

Or is it just me?

You are not alone, I myself got to the internet late, in 2008 (though now that I think about it its been a long time) and I love reminiscing my first 3 years on the internet, but even back then I was fascinated with learning everything about 98 '- 04' internet, its kinda sad that I didn't get to experience it.
MUSIC70INTHEHOUSE
Top
Josh
Sun Mar 21, 2021 4:46 am

I started downloading a file with my dial-up modem in 1995. I'm still waiting.

747Music wrote:dont go up there!!! the music is down by the truck!

Josh wrote:Sometimes I would pay money for 1:46 of silence.

Not really. Guess I'm the odd one out

I remember being at university in 1998 and first encountering the internet (via Netscape Navigator) - one of my more tech-savvy friends introduced me to searching via Yahoo. I didn't think it would catch on...
Top
Radiobuzz
Wed Mar 24, 2021 2:26 am

No, I feel the same way. There's the evolution of social networks, and also I remember when Youtube started asking for personal data that made everyone freak out for like a month. It's crazy to think back then the communities were formed around mutual interests (like this forums) and everyone were pretty much anonymous. I hate where social network is at, and that's not even mentioning fake news and how it's all constantly manipulating people.
˙dn ǝʞɐM
˙ǝıl ɐ sı ʇıppǝɹ
Top
Negamuse
Wed Mar 24, 2021 4:09 pm

I grew up with it, starting a comp sci degree in the mid 90s, so I don't get the outsider perspective? It can never fascinate me in the same way as it would someone who was born around that time looking back on it.
Top
Magrathea
Thu Mar 25, 2021 8:08 am

I was there, it was very much a wild thing, predating the internet we had BBS connecting to nodes of Arpanet etc.

Fun times indeed, I remember hacking the Testament official forum with an audio loop taunting one of the users, it took them 24 hours to figure it out *laughs*
Molest me not with this pocket calculator stuff.
Top
Sherbet Head
Thu Mar 25, 2021 9:53 am

Good times indeed, but IMO the internet peaked in the late 2000s.

Agreed on a lot of points. Sometime around then, the internet changed from a novelty to an intrusive necessity. When sites like Amazon and eBay first came around in the early 90's, there was so much speculation about their capability of success. Amazon was just a book store at that time, but no one I knew would ever dare typing their real name into the computer, let alone their credit card number or shipping address. It's very strange how quickly that sentiment has changed.

For anyone else who misses the gaudy 90's web aesthetic, full of animated gifs and tiled pattern backgrounds, there is a pretty cool project called Neocities, looking to restore some of that magic back into the web: https://neocities.org/
Top
arvy
Fri Mar 26, 2021 7:42 am

I think, streaming is killing most of the mainstream interent fun . I lately being obsessed downloading, ripping and collecting all kind data (music, shows, tvnews, commercials, memes) on my drive. It is always fun and weird to just play in some vlog, then you flip the insta conspumption purpose on its head, making it almost everlasting, instead of one time consumer.

My mom spent a lot of her free time on the internet late 90's. I wasn't even 4 years old so it's one of those really blurry memories but I remember just sitting there on her bed watching her type away on "The Palace". I also remember her downloading music. it was the huge green progress bar that was taking an hour to download a track.

I also joined the internet late in 2010 mostly playing some oldschool runescape with my school friends. I ended up spending most of my nights typing away on IRCs in 2014 to 2016. Then the IRCs mostly died because of discord

Everything feels a bit too connected nowaday. I miss when the internet used to be this more underground thing where you would be shielded from your daily boring life. There used to be the outside world AND the internet. now they're both intertwined and part of the same thing. It used to be very simple too contrary to now where you get this overload of options and settings

Browsing old usenet posts on google group is always fun. people seemed mostly polite and serious back then. it's like going in your grandparent's basement/attic and looking for old stuff.

We had crazy tools, used FTP to download wares, and we used gopher for documents, and then the internet appeared and we had Napster of course which sucked donkey balls, every serious person was on IRC or Soulseek... personally, I think AudioGalaxy which not only allowed you to download while you were connected but also stored it for you to retrieve once you connected later so not to waste your precious bandwidth with just sticking online, was the best.

Alas, as someone that works in the field today, the masses have lost interest... it is like the engine inside their cars... they don't care, put fuel, turn key, press pedal and rev up. People do not care in the baseline or the motor, as long as it works, easy peasy.

But at the time, it was crazy you could to things that would totally fucking scare every security pundit alive today.

I miss those times, truly, the days where you could freak out a buddy by changing his DOS prompt to make him believe that his computer was Stoned... or hijack a band's discussion boards with obscene audio tracks that would play over and over and over until they figured out that it was a really bad idea to allow cross linking...

But in the end, today is today, we have all our technology working on that backbone, and it is still alive and kicking. Like the old BOC game and other things. I am grateful for it. I guess some days, it just makes Me feel a bit old... like when My 23 year old daughter asks Me, "Daddy, what was your favorite website when you were a kid..." and you are almost ashamed to say that we were out in the forest playing gangsters and that when the Atari 2600 came out it was the best shit under the sun! Well, until E.T. and Custer's Revenge

I am blessed to have live it, so yeah, it was amazing, heady, it felt like discovering the Matrix, but in true life.

Quasar Blast! (OMG that is old!) 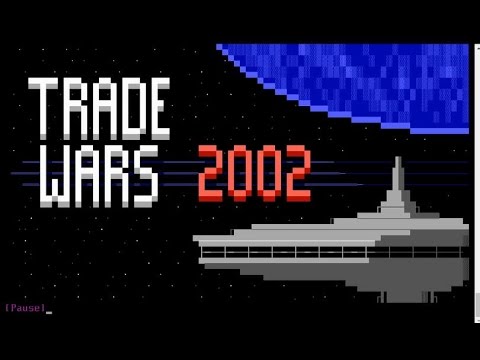 Around about 1999 there was a game called Graal Online. It was sort of a clone of SNES Zelda, but it was free to play online, came with a level editor, and players could submit their own dungeons, maps, and character sprites. You could create guilds, chat - even hacking the game was pretty easy.

Prior to this the closest thing I can think of to an "MMO" would've been something like Runescape. There was really nothing else like it. And there never was again. But it kicked off my love for game design, and is part of the reason I'm designing a 2D MMORPG now.

Having said that... I deeply miss the internet from this era. I miss it so fucking much.
another silo full / another dark dawn / bending the air / love is so small

turquoise70 wrote:Prior to this the closest thing I can think of to an "MMO" would've been something like Runescape. There was really nothing else like it. And there never was again. But it kicked off my love for game design, and is part of the reason I'm designing a 2D MMORPG now.

makes me wonder if we were ever in the same virtual places at the same time!

turquoise70 wrote:Having said that... I deeply miss the internet from this era. I miss it so fucking much.

Here, I'm ancient enough to have been around for Netscape Navigator 1.0 on Windows 3.1 as a student. Beforeefore that I was online via a VT320 terminal into VAX VMS. Running a Lynx text browser to check out nascent Nasa sites, or burrowing via a Gopher client.

Gotta love that dial-up sound of them early days. 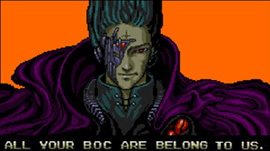 Return to The Playground

Users browsing this forum: No registered users and 2 guests